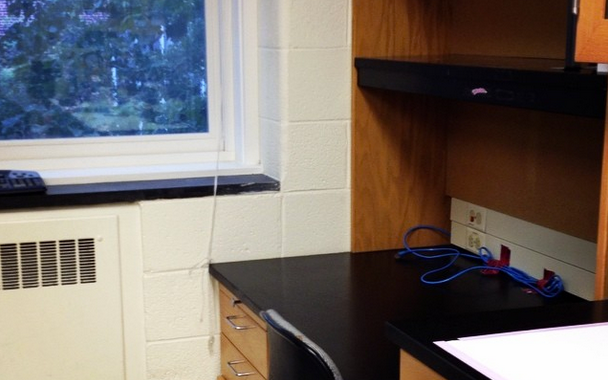 A year ago, I began graduate school. I can recall sitting, bright eyed and bushy tailed, in an auditorium with my fellow first years as our director of graduate studies greeted us and told us about the challenge we were about to undertake. He offered words of wisdom like “Look at those around you and get to know them for one day they can become your colleagues and collaborators no matter where life takes you – academia, industry, and beyond,” and “Your choice in thesis lab is essential for your success.”

This was the first time we were told how to pick a thesis lab, but it was certainly not the last, not even from him. “Not all advisors are equal,” he warned us, “And one who might be a good advisor for one student may not be a good advisor for another student.” There are many things to consider when picking an advisor – the size of the lab, funding, the style of mentorship, the advisor’s personality, the lab’s productivity – but there was one thing he emphasized. “DO NOT pick a lab for the science. Graduate school is a time to learn to be a researcher. You have the rest of your life to do the science you want to do.”

But I didn’t listen.

During undergrad, I had decided that I wanted to do research related to cancer – more specifically, research that had a rather direct contribution to therapeutic development. I narrowed down my lab options to those with a therapeutic focus and ultimately joined a lab that studied immunotherapy, an area that I was incredibly excited about.

Unfortunately, the small lab didn’t have its “bread and butter” research, an established focus of its research efforts. But I didn’t care. During my rotation in the lab, I had designed a project to start from scratch and formed a collaborative mentorship team to help me with it. At the time, I didn’t appreciate the risk that came from starting a brand new project that neither of my mentors was well versed in. I did know there were some risks from joining the lab, though, with a history of students taking seven or eight years to complete a PhD, but I had chosen the program for the freedom to get a more extensive research experience than at MSTPs where students normally take only three or four years for a PhD and was at the time willing to take on a longer project.

Over the next eight months, I became more aware of the longevity of the training ahead of me while at the same time my project was taking its sweet time to start. Though frustrated at times with lack of progress and mentoring, I was determined to make it work. Convinced by others including my other mentor that I would be a good fellowship candidate, I devoted the summer after my first year to preparing a research proposal and associated materials for an extensive fellowship application from the NIH only to have my other mentor tell me days before submitting that not only was the proposal not ready, the project would not be suitable for a timely PhD. This was followed by the question, “Are you happy?”

My first answer was yes, of course. I thought immunotherapy was an amazing field, and I was ecstatic to be learning about it, hoping to devote my career to it. My lab mates were great. I had a good relationship with my advisor. My project, if it worked, I felt would likely be a valuable finding, and I wanted to see it out. But… my project wasn’t really going anywhere at the moment, my advisor didn’t have the expertise needed to help me with it, and while my other mentor did work with many of the techniques, some of what I proposed was even outside his expertise. Starting this project from scratch likely meant that my PhD was going to take much longer than the five years I hoped, and unfortunately, any other project I would do in the lab would also be started from scratch. With an anticipated nine years of education following graduate school (three to finish medical school, three for residency, and three for fellowship), I no longer wished to risk such a long PhD; therefore, an alternative option was to switch labs.

I had never realized how common it was to switch labs in graduate school. It is said that 20 to 30 percent of students end up switching, and as I thought of the people I knew who switched, I began to really believe those numbers. One friend switched three months after joining his lab because the professor turned out to be crazy (to put it nicely). Another switched eight months after joining because he didn’t fit well with the lab. A third switched after nearly two years when her qualifying exam went poorly and she realized her professor was just not providing the mentorship support that she needed. I also heard cases when graduate students had actually been kicked out of their labs as well and had to find another lab. Sometimes these switches occurred even later into their third, fourth, or fifth years. I was glad to be considering switching just one year into the program.

When it comes to switching labs, a challenge is to find a new lab (which is a must before telling your current advisor that you want to switch). Luckily, I have maintained contact with professors other than my own advisor throughout my first year. Therefore, when it came to looking for a new lab, I already had others where I knew the professor and would be comfortable joining their lab. The one I knew best was my other mentor for my project, but he did not work with cancer. On the other hand, his wife who I also knew well studies the liver with part of her lab focused on liver cancer. Since their labs work together and I did my last rotation in his lab, I knew I would fit in her lab. Also, unlike my first lab, she has more projects available than people to do them, and she was eager for more students. As she told me about all of the projects available, I was convinced that I would be more productive in her lab.

The biggest challenge was then to talk about my situation with my advisor. I have the utmost respect for him and was nervous to tell him that I no longer wished to be in his lab. When we spoke after being told that I should not submit my application, he told me that he had just written in my recommendation that I dealt with roadblocks well. As I had contemplated switching labs, I wondered if this would still hold true should I switch or would I be taking the easy way out? Would I be letting him down? My friends reminded me that when it comes to your future, you should never be ashamed to be selfish and do what you feel is best for you. I knew this switch was what I needed.

My advisor had been on vacation, giving me time to contemplate this whole situation. When he returned, I went to his office to talk. First we talked about what other projects I could do in the lab because I really did want to give the lab a chance. As we exhausted possible projects, though, none stood out to me as being able to provide the productive research experience I would receive in the other lab. I then suggested that an alternative option was for me to switch labs. To my relief, he was incredibly receptive, wanting whatever is best for me. I couldn’t have imagined it going any better. I’m sad to leave, but I’m glad to be leaving on such amicable terms.

Later that day, I saw the director of my graduate program speaking to a room of new students. I smiled for I, too, was bright eyed and bushy tailed just like them – just like I had been the year before – eager to get started in my new thesis lab. Perhaps someday I will again focus my efforts on immunotherapy, but for now I will still get to study cancer in lab where I have a better chance of completing a productive and timely PhD.

6 thoughts on “Why I Switched Thesis Labs in Graduate School”