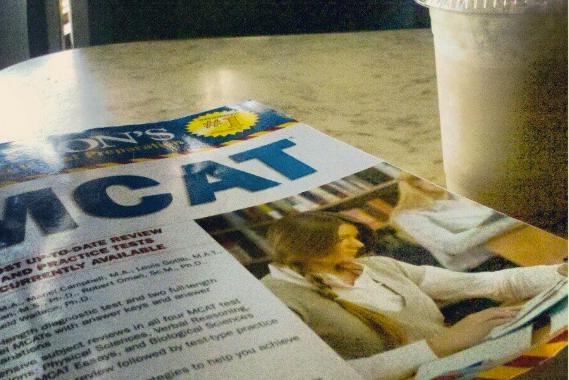 The MCAT is a rite of passage to medical school. Everyone takes it. It is a formidable barrier that many spend months or even years preparing to overcome. I prepared for a month.

To give a little background, I didn’t know MD/PhD programs existed until the March before I applied to medical school. As I was preparing to take the GRE so that I could apply to graduate schools that fall, I came across the program as I looked into where I would like to do my PhD. It seemed like a program that would allow me to do all that I hoped to do with my life and over the next month, I solidified my decision to apply.

In the mean time, I took my GRE and my chemistry GRE the month after just in case I ultimately decided to not try for the combined degree. I signed up for the soonest MCAT I could once deciding since I wanted to apply that year but not too soon that I would not have adequate time to study. As I came to my decision in April, my next option was later in May but I had finals and a trip planned before then. Therefore, I opted for the late June test date.

I survived finals and then I took off for a week in San Diego to visit my aunt. I came back on May 20th and the next day I started studying for my June 21st MCAT.

With only a month to prepare and being a poor college student, any prep course was out of the running. As more of an independent studier anyway, I preferred to do it on my own.

I searched on Amazon for MCAT prep books hoping to find one that was comprehensive and cheap, and I ultimately decided on Barron’s MCAT prep book. Not only did it include study materials for each subject and practice tests but it also came with a CD-ROM of practice tests that mimicked the screen display of the actual exam.

I knew that making a study schedule would help me keep on track and use my month to its greatest potential. Therefore, I split up the time before my test to make sure that I covered everything in my prep book with plenty of time to spare to run through practice exams.

To get through all of the information quickly, I decided to do one subject a day. One day was physics, the next general chemistry, the next verbal, the next organic chemistry, then biology, and finally the essays. While going through each subject, I would do the practice questions pertaining to that subject as a way to gauge my understanding. I took a week off of working in my lab and focused all of my energy toward getting through as much material as possible. While I didn’t quite keep to my goal of a subject per day, I had given myself plenty of leeway to fit everything in.

After reading and taking notes on all of the information, I then put my focus on doing practice exams. I never did an entire practice exam in one sitting, instead doing a section at a time then grading it and going through the questions that I got wrong. This last part was the most important step. I used the exams to diagnose what areas I needed to work on and then I would do my best to look up as much information about them as necessary until I were comfortable with it. By really trying to figure out why I got a question wrong and how I should look at a similar question the next time, I was able to learn from my mistake before I made the same one on the real exam. I did each exam multiple times to make sure what I was learning was really sticking.

Over these few weeks, my scores on the physical sciences and biological sciences sections rose quite a bit and I was happy with how well I was doing as I became more familiar with the exam. Nonetheless entering the last week before my exam, I was still not doing as well as I hoped on the verbal. I decided that I needed more practice questions to go through so I caved and purchased The Official MCAT Self-Assessment: Verbal Reasoning. While this is normally an assessment to use prior to studying for the MCAT, I used it as my final practice because it offered me many passages to read and 120 questions to run through and become more familiar with the kinds of questions that will be on the real test.

The Calm Before the Storm

I spent the night before my exam not even thinking about science. I left lab early and went to an aunt’s house who lived close to my testing center so that I didn’t have to drive in rush hour traffic for at least an hour in the morning. I hung out with my aunt and uncle as well as my aunt who was visiting from San Diego. We watched a baseball game and relaxed, and I tried to not think about the morning’s exam. I went to bed early so that I was well rested in the morning though nerves made it hard to fall asleep.

The Day Has Come

The morning of my exam, I woke up early and ate the largest breakfast I have probably ever eaten. My uncle made me eggs, toast, and bacon. He even put rosemary on the eggs because one of my aunts said that rosemary would help with memory (if it does, this was a little late for it). I also ate the power bar and bananas that I brought for breakfast not realizing that I would have breakfast made for me as well.

I enjoyed a short drive to the testing center, took a sniff of fresh rosemary that my aunt made me bring, not because of its supposed memory boosting ability but because I simply like the smell.

After waiting some time until it was my turn to enter the computer lab, I was scanned with a metal detector and had my fingerprints taken before taking a seat at a computer. Then, for the next five hours or so, my complete focus was on the exam. While we were given 10-minute breaks between sections, I did not stop – I had information in my head and I wanted to get it out. Plus I didn’t feel like just sitting there for 10 minutes at a time with nothing to do.

Everything was going smoothly until the writing section when, despite eating such a large breakfast, all I could think about was how hungry I was and what I wanted to eat when I was done. As someone who normally can get by with little food until dinner, this was rather strange. I tried to ignore those thoughts and finish my writing alas forgetting to save one of my two writing samples before time was up (seriously, no auto save?)

After stocking up on food and eating my fill, I entered a sort of loopy tired state. It seems the test had mentally worn me out without my even noticing. What followed was probably the best nap I have ever taken. Ahh, the test was behind me. 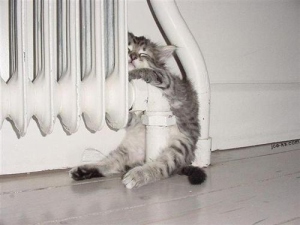 After the test, life went on. I continued to work full time in my lab and the time I once spent for studying was redirected toward my personal statements (an ordeal of its own). Finally after a month of anticipation, scores were released. I had my goals set to a perhaps unrealistically high score and yet I was decently satisfied with my score despite a low writing score from forgetting to save. Nonetheless I had my personal statements and my GRE writing score to back up my writing abilities and offset that lower writing score. Ultimately, it worked out. I got accepted. And that’s what matters.

More on the blog: Study tips for the MCAT

This is just the beginning!

If you like my writing, please consider following my blog. There’s a link near the top of the side bar to do so. Also, feel free to like my Facebook page, MD, Phd To Be, and follow me on Twitter, @MDPhDToBe. Any questions, comments, or requests for future blog posts can of course be directed to me from any of these locations or directly emailed to me at mdphdtobe@gmail.com. Thank you for reading!